Today is my second last day in Universiti Sains Malaysia (USM) as an undergraduate and these dainty fingers of mine can't help but to dedicate this posting especially for that purpose.

Well, to cram everything (mind you its a 4 years journey) into a single piece, I can't imagine how long would it takes. But, thanks to the beautiful art of summary - long stories became short.

Being an undergrad at the School of Civil Engineering (Pusat Pengajian Kejuruteraan Awam) had thought me a lot. To say that they are all bed of roses, is seemingly bluffing. There are times when you think that your own voices are suppressed, your mouth gagged and your touch numbed because the sound of the lynch mops were to loud that you feel lost in the very small world you've created. Far in a distance, you longed for reaching hands that over time ceased to be. For when you wake up in the morning facing reality, all you can say is "Believe in Me"

Ranting aside, I found out that the word AWAM itself bears a definitive answer to my search of contemplating this farewell note. So, here it goes;

1. A - ab initio (Latin for 'from the beginning')
I believed everything is written. There is no such things like 'by fate we met' or 'we slipped by chances'. Who would have imagined, out of several universities in Malaysia, why did you came to USM? Out of the departments, schools, institutes etc in USM, why PPKA? And most importantly, out of any batches, why 2005/2006 intake? Fate again? Unseen hand playing behind the scene? You bet! My view is that because they are to be so. It is destined that a Kampung Boy like me will be nurtured here in USM by of course dedicated lecturers, superb supervisor and not to mention pretty good friends. Should I not coming here, I wouldn't be falling in love with Geotechnical Engineering! I wouldn't appreciate the beauty of Reinforced Concrete, Pre-Stressed Concrete, Steel and Timber Design using British Standards. I am far from knowing that cement is made up of limestone, how mechanics of material work, how Laplace Transform or Partial Differential Equation can be solved using Fourier Series etc. Above all, I may not be able to meet wonderful faces that colors the harmony of the batch.

2. W - wonderful
Everything here is wonderful. Though the campus is slightly off to rural areas but somehow that's good. You can enjoy the evening breeze with ease (except the pungent odors that may spank your nose to sniff every now and then when the time is right for the chickens to be slaughtered). Once in a while, Penang here we come! Not that anybody will be outing all day long gallivanting around Komtar, Feringhi or Padang Kota should the campus is to be located at the island. I remembered when we were just in first year during Family Day and Annual Sport's Day - we were little but our spirits were no match even to the seniors. Prove? We won the Dean's Cup for 4 consecutive years. Also, not to mention our stunt in record breaker. You know what I mean. Just for update, till now it is unbeatable guys! And that makes it all wonderful.

3. A - all rounder
I believed those fruitful 4 years has been great for everyone. We are now all-rounder! Be it in career, skills, personals or even shapes! The very own Big John and Lil Suzie (bukan nama sebenar) have now grown up. For the record, our batch is the first to fully adapt English as lecture medium, implementation of OBE and PEO and not to forget, we were the subject of conduct for the BEM accreditation. In the end, we soared above all with flying colors.

4. M - memorable
Lost in words, I'll end up with memorable. The journey we had together is now coming to an end. To those who have and plan to work, be a responsible Engineer guys! To those who are planning to further study, ambition has no limits! To the very few who chose the road less traveled, to you I salute. Till our paths crossed again somewhere. See you when I see you again. God Speed all!

Email ThisBlogThis!Share to TwitterShare to FacebookShare to Pinterest
Labels: As I See It, Eureka, Musing, My Say, Review

DUPERY @ DUTY: THE CASE OF AMINULRASHID

Once again the country is in upheaval due to the case of the fatal shooting of a 14 years old teenager Aminulrashid in Shah Alam on April 26. Out of invitation for drinks that particular night, the boy together with his friend was heading to Section 7, just to confirm his death moments later in Section 12, where he was shot on the head by the patrolling police forces who were suspicious of their behaviors - 2am in the middle of the night, refusing to stop for a spot-check while driving off limits in residential areas, I might as well be perplexed should I am to be the police. Better still, if the boy knew that it is going to be his last gulped of drink, I bet he must have ordered more than just 'teh tarik' back then.

Knowing the fact that the police forces have contributed a lot to the country, it is quite unfair to judge them seemingly due to this, shall we say blunder. At the same time, it is also impossible to let bygone be bygone when it comes to matter as serious as this since it involves the public, let alone killing a 14 years old teenager in firearms shooting. Something must be wrong.

Under the enforcement law of the country, police forces are allowed to use firearms when either they are in self-defense under the rules of engagement or the country is in a state of emergency or both.

However, in the case of April 26, 2010 neither of the events took place leaving us into a greater question, why did the police use firearms that night? It was reported that the IGP was quoted as saying 'weapons should not be limited to pistol, knife or machete... vehicle can be as deadly. If you try to plough the officers who try to stop you, it can be considered a weapon detrimental to the police. My men can use firearms in self-defense.' Well, that might be the reason but what about those 'mat rempit' who plough carelessly right in the middle of the night, causing nuisance and rendering tranquility in various neighborhoods in Malaysia? Compared to a 14 years old who may be petrified by the chase, aren't 'mat rempit' more detrimental to the officers and the residents? Why don't the police shoot them all?

The IGP was also sarcastically mentioned 'I would like to know whether you really want us to enforce the law... if that's the case, I will tell my men to refrain from stopping cars being driven suspiciously or illegal racers from taking over the roads.'

Responding to that, I would say (I guess the public also holds the same view as mine) of course we want you to enforce the law no matter how you like it or not because that's your duty. I myself for once was very fond of the police forces - they are smart and notably as men of caliber and charisma. As time passed by, all these years, we heard less commendable events about the once revered enforcement body. Everything seems paradoxically sound. The more 'mesra' campaign they promote, the less good image they portrayed. The higher their remuneration, the more crime rates increased. May be this is mere perception of a typical citizen who is still a student by day but nothing else a gibberish writer renegade by night however, the proof seems to pinpoint to these occurrence naturally unfolding as we speak.

To a deeper consideration, one may also argue the late Aminulrashid as well. Should he was not committing any wrong doings why would he and his friend ran away from the police patrol that night? According to his friend, Azamuddin 14, before the chase incident, Aminulrashid had glazed a car in front of a restaurant. Hence, I suspect both were scared due to that particular situation. Thus, when the police caught their sight, they were extremely nervous and therefore refused to stop for inspection resulting in the chase between them. Should he stopped and acted cool, things may turned out differently, I presumed.

Though we may never know what's the real situation is, still, it is clearly unprofessional for the police force to be reluctant in this case. Rather than defending his subordinates and waiting for the 'official report' out, the IGP should at the first place offer an apology to the late Aminulrashid's family whether or not his death was caused by the policemen because the evidence show unmistakeably that he was shot by the police of reasons only God knows.

Not that the report will bring the death come to life again once it is published nor an apology will do the same but at least, the police is living up to their motto 'mesra, cepat dan betul' by showing some concern and reaching out to the family of the deceased because that's how we, Malaysians want our cops to be as they were before, now and always.

Email ThisBlogThis!Share to TwitterShare to FacebookShare to Pinterest
Labels: As I See It, Eureka, My Say, Review
Newer Posts Older Posts Home
Subscribe to: Posts (Atom) 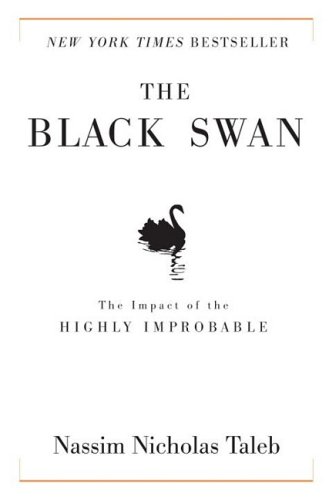 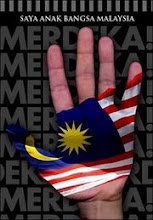 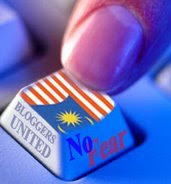